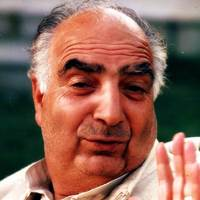 It is often said that a jack of all trades is a master of none. Farooq Nazki was an exception to that.  Recipient of the prestigious Sahitya Akakdemi award in

1995, he has served as the head of Doordarshan in Kashmir in addition to being media advisor to two Chief Ministers of Kashmir.

Born on February 16, 1940 into an illustrious literary family, he started writing poetry in 1967 and has since produced gems like Kashmiri Dastkariyan, Lafz

Navaha and the award winning Naar Hyutun Kazalwanas (Fire in kazalwanas), kazalwanas is a dense forest range in Kashmir. One of the poems in Naar

Hyutun Kanzalwana, “Naad Laayey” speaks of spring and the hope it brings, this acquires greater meaning in a place like Kashmir which is often caught in

the crossfire of opposing political whims. In his own words, his poetry is not of ideas or bare truth but an intimate response to the events around him. He has

mincing words to describe the state of despair that fills his beloved and once prosperous home.

One of Nazki’s fondest childhood memories was meeting Jigar Moradabadi when he was a young man in college. As the young Nazki entered the room

where his father was entertaining the famous guest, he was asked if he knew who the man was. He shook his head; we must appreciate that these were the

pre-google times when man was still entitled some privacy. On being introduced, he almost dropped the cup of kehwa and fumbled some lines. Later,

Moradabadi lamented the loss of Majrooh Sultanpuri from the world of ghazals. Nazki still ponders on the question and feels that while he donned many hats,

had he focused on ghazals, he might have been happier with the results.

Nazki has also been a promoter of Urdu and he has often stressed upon its value as a medium of instruction. He conceptualised DD Kashir, a local channel while

giving both the radio and the TV a new lease of life with popular shows like Zoona Dub, Haftroza, Sodhe-te Bodhe. Widely regarded as a moving

encyclopaedia on Kashmir, his words of optimism are one of the few voices that offer some light at the end of the tunnel, as he eloquently puts it “Chhu Naavie